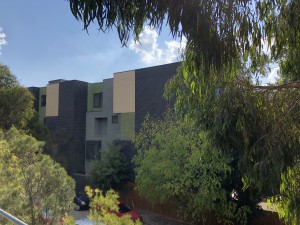 The development comprises a choice of one and two-bedroom residences, with a selection featuring a podium terrace layout split magnificently over two levels. 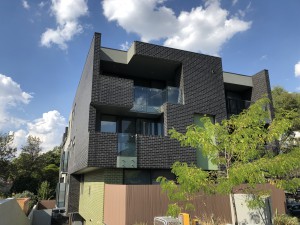 Conveniently positioned next to Blackburn’s Laburnum railway station, The Laburnum apartment complex is just a short walk from the friendly atmosphere of Laburnum village complete with its cafe and wine bar.

The Laburnum offers all the benefits of an inner city lifestyle  without the crowds. 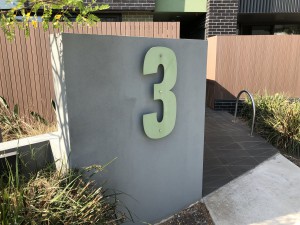 Interiors of The Laburnum’s 14 apartments are as striking as the exterior, with each unit conveying an unmatched sense of style. Light oak timber flooring underscores open living areas which open onto airy balconies and courtyards.

Designed with sustainability in mind, the development features a five-star energy rating and energy efficient gas hot water system, while all units come with basement security parking and access to a wide communal BBQ area.

For any further questions or for rentals or sales enquiries, contact Savoy Real Estate, your number 1 choice and expert in The Laburnum at 3 Thiele Court, Blackburn.

Laburnum refers to a small area in the suburb of Blackburn, Victoria, Australia, 17 kilometres (11 mi) east of Melbourne’s Central Business District. It covers the area bordered by Middleborough and Blackburn Roads, Gardiners Creek and the Belgrave/Lilydale railway line.  It is a heavily treed area noted for its Laburnum bushes and is located in the local government area of the City of Whitehorse in Melbourne’s eastern suburbs.

The area is covered by strict planning controls. This has limited development and meant it has been able to retain a village feel, despite only being a short train ride from downtown Melbourne.  It has a railway station, primary school and post office, despite being technically a “neighbourhood” (rather than a suburb).

The Blackburn Creeklands park is an important community asset of Laburnum providing for both recreation and a wildlife corridor. In 1983, the then Nunawading Council purchased the middle section of land that integrates and links Black’s Walk, Kalang and Furness Parks into today’s long, linear park following Gardiners Creek between Middleborough and Blackburn Roads.

Jess has been excellent Real Estate agent for my property. The previous agents could not find a tenant for over 6 weeks and Jess found fantastic tenants within a few days of taking over the property. I found Jess to be very knowledgeable and insightful in his role. I feel extremely lucky to be working with Jess to look after my property. thanks a lot Jess!!!

Savoy real estate are a top-notch agency. They handled the sale of a property that I recently purchased and are now managing the ongoing tenancy. They have made the entire process simple and easy. All their administration (contracts etc) is managed electronically and their customer service is beyond reproach. The handover between the sales and property managers was seamless and I could not be happier with the outcome. They are on top of everything so I don’t have to be! Casey and Jess are amazing to work with and really know their stuff. I cannot recommend them highly enough to anyone who is looking to sell a property or engage a property manager.

Jess Fouet and Savoy Real Estate came recommend by a friend, I have to say I have no regrets about making the decision to enlist Savoy and Jess to mange my Investment.